Who shot the Dodo? 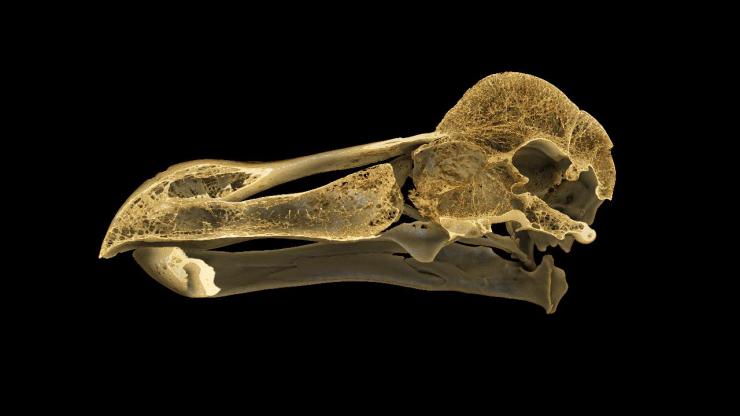 If ever the Oxford Dodo were to have squawked, its final squawk may have been the saddest and loudest. For the first time, the manner of death of the museum’s iconic specimen has been revealed: a shot to the back of the head.

This unexpected twist in the long tale of the Oxford Dodo has come to light thanks to a collaboration between the Museum and the University of Warwick. WMG, a cutting-edge manufacturing and technology research unit at Warwick, employed its forensic scanning techniques and expertise to discover that the Dodo was shot in the neck and back of the head with a 17th-century shotgun.

Mysterious particles were found in the specimen during scans carried out to analyse its anatomy. Further investigation of the material and size of these particles revealed them to be lead shot pellets of a type used to hunt wildfowl during the 1600s.

The Oxford Dodo specimen, as it has come to be known, originally came to the University of Oxford as part of the Tradescant Collection of specimens and artefacts compiled by father and son John Tradescant in London in the 17th century. It was thought to have been the remains of a bird recorded as being kept alive in a 17th-century London townhouse, but the discovery of the shotgun pellets cast doubt on this idea, leaving the bird’s origins more mysterious than ever.

Dodos were endemic to the island of Mauritius in the Indian Ocean. The first European accounts of the bird were made by Dutch explorers in 1601, after they rediscovered the island in 1598. The last living bird was sighted in 1662. 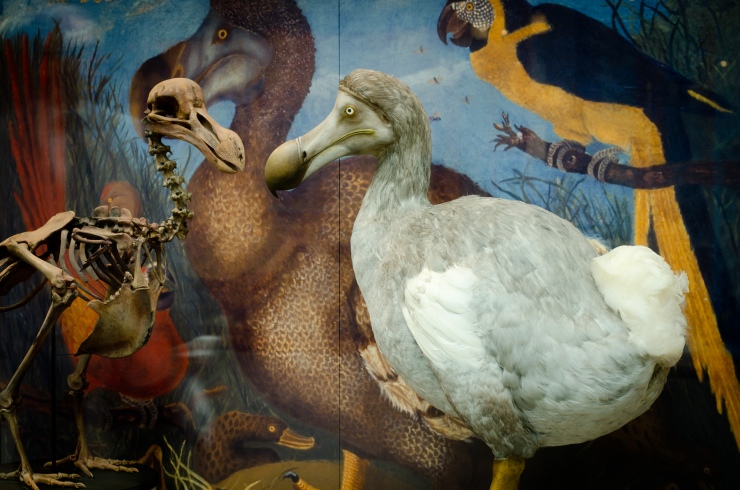 The story of the Oxford Dodo is especially significant because it represents the most complete remains of a dodo collected as a living bird – the head and a foot – and the only surviving soft tissue anywhere in the world.

This discovery reveals important new information about the history of the Oxford Dodo, which is an important specimen for biology, and through its connections with Lewis Carroll and Alice’s Adventures in Wonderland of great cultural significance too.
– Professor Paul Smith, Museum director

WMG’s CT scans show that this famous symbol of human-caused extinction was shot in the back of the head and the neck, and that the shot did not penetrate its skull – which is now revealed to be very thick.

The discovery of such a brutal demise was quite a surprise as the scans were actually focused on discovering more about the Dodo’s anatomy, as well as how it lived and died. This work will continue, but we now have a new mystery to solve: Who shot the Dodo?

What’s the next step? It is possible that the isotope of lead in the shot could be analysed and traced to a particular ore field. This might tell us what country it was mined in, and perhaps what country is was made in, and ultimately reveal who shot the Dodo.

‘Flight’ of the Dodo 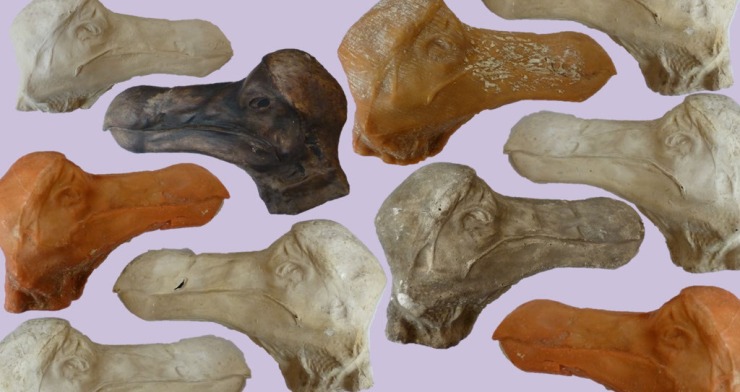 The museum holds the only remaining soft tissue of the extinct dodo known anywhere in the world. The partially dissected skin of the head and scales from the feet of a single dodo represent one of natural history’s most iconic specimens. In fact, it is so tied to the museum’s identity and history that we use the dodo as our logo and it is even incorporated in the name of this blog.

Although the dodo head had been at Oxford University since the formation of the original Ashmolean Museum in the 17th century, it wasn’t really until the 19th century that the specimen really became celebrated.

Around this time, publications confirmed the extinction of the dodo from the island of Mauritius, where it was endemic. To capitalise on the rising interest in the animal, Ashmolean Museum Keeper John Duncan commissioned a number of casts of the Oxford Dodo head to give to, and exchange with, other museums.

One of the earliest of these casts was presented to the British Museum in 1828; later casts are recorded as being sent or exchanged with leading scientists of the time, as well as with Leiden Museum and the Royal College of Surgeons.

From these original and later casts further casts and models were presumably made, and eventually, dodo specimens spread to virtually every major natural history museum in the world. Today, many museums display casts of this head, all stemming from the single specimen held here in Oxford.

The Museum contains a number of models and casts of the head too; some are made from plaster and resin, some are painted to resemble the original specimen. The head of the dodo was actually dissected in 1847, by Henry Acland. He removed the skin from one side of the face so the early casts are a record of how the specimen would have looked originally.

In preparation for the Presenting display in the Museum I contacted natural history museums through the Natural Sciences Collections Association asking people to share information and photos about their casts and models of the dodo head. I wanted to try and construct a picture of how the dodo head was disseminated, as well as capture the diversity of quality and colours of representations of the original specimen. Here’s how far some of the dodos have flown:

Cast of head with no further catalogue information about provenance. 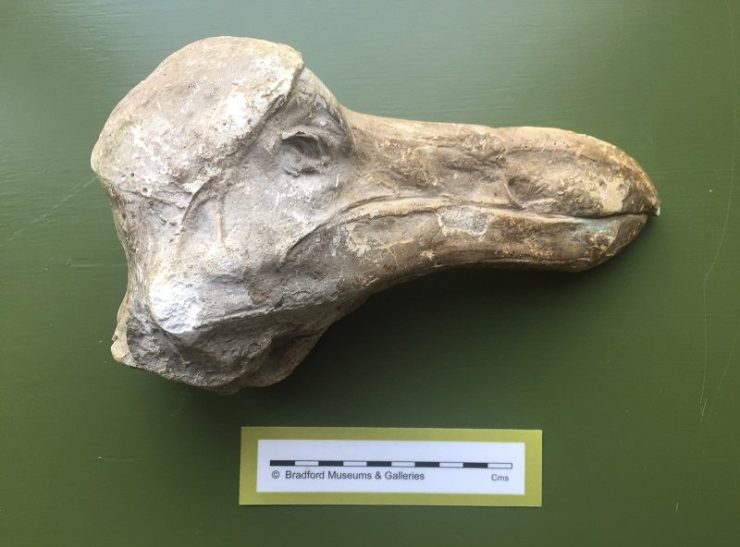 Cast of the head labelled as coming from Cartwright Hall. Curator Gerry McGowan suspects this may have come via the Bradford Philosophical Society collections. The first curator of the society, Louis Compton Miall was friends with Thomas Henry Huxley and through him had contacts with many other geologists who may have gifted or exchanged this cast.

Bristol Museum & Art Gallery
Bristol received a cast of the head directly from Oxford from Philip Duncan in 1834, keeper of the Ashmolean Museum between 1826 and 1855. Unfortunately, the head was likely destroyed in bombings of Bristol in 1940.

Canterbury Museum, New Zealand
Received a cast of a head from Professor Rolleston on 21 July 1871 in exchange for two kiwi skeletons which are still in the museum collections today.

Cast of head and foot presented to the museum by E.Ray Lankester in 1891/1892 just after leaving UCL and being appointed the Linacre Professor of Comparative Anatomy at Oxford.

Manchester Museum
Cast of a head, presumed to have been presented by William Boyd Dawkins. The cast is currently on display in the Living Worlds gallery in Manchester Museum.

Cast of a head recorded as from the ‘original in the Ashmolean Museum’, purchased from the sale of Gideon Mantell’s collections in 1853.

Cast of head with ‘J.Johnson’ inscribed into the base, possibly referring to John Johnson, who commissioned five casts from the museum in 1837.

Colleague Adam Smith got in touch with some interesting specimens from Wollaton Hall. The first one looks like another cast in this series but the second cast is unlike any of the others gathered here. The cast shows an open eye, detail on the beak as well as a more defined hook to the end of the bill.

Unfortunately, there’s not much information about the origins of these two casts so it’s probable that the ‘open eye’ cast may be a cast of a model reconstruction or an in progress sculpt. There’s an extremely slight chance it’s a cast of an otherwise unknown dodo head… If you recognise this dodo head do get in touch so we can solve this mystery for colleagues in Nottingham (it’s not the model dodo that we have on display here!).

Cast of a head at Warwickshire Museum with damage to the beak. Donated to the museum by clergyman and naturalist Reverand Andrew Bloxham in the 19th century. As the museum is currently moving stores, further information about when this cast was acquired is inaccessible.

If you work at a museum and have a dodo head cast to share, please do get in touch and we’ll update this blog accordingly.

‘Presenting… The Flight of the Dodo’ was on display at the Museum of Natural History from the 25 January to 22 March 2017.