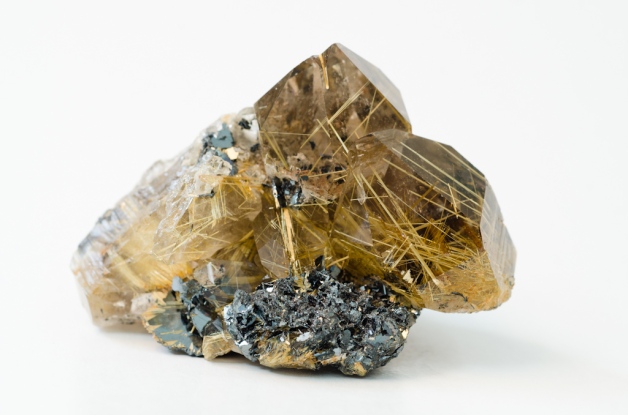 We have been doing a spot of mineral photography today, as part of an imaging project being undertaken by Dara Lohnes, a Leicester Museum Studies student who will be based with us for the next eight weeks. This is one of her shots – beautiful isn’t it?

It shows crystals within crystals – sprays of golden brown rutile crystals (titanium dioxide) inside colourless crystals of quartz (silicon dioxide). The metallic silver  is a mineral called hematite (iron oxide). The specimen comes from Ibitiara, Bahia, Brazil and was purchased by the Museum in 2007.