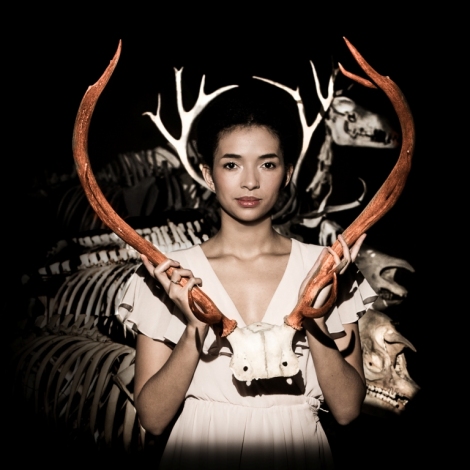 I’ve just received some fabulous pictures from a photo shoot here in the Museum. The building and its specimens are shown at their very best and the model’s striking looks add a sheen of glamour to each photo. But what makes these images really special is that the model is one of our own; Aisling Serrant is better known to Museum staff as a trainee education officer on the HLF Skills for the Future programme. 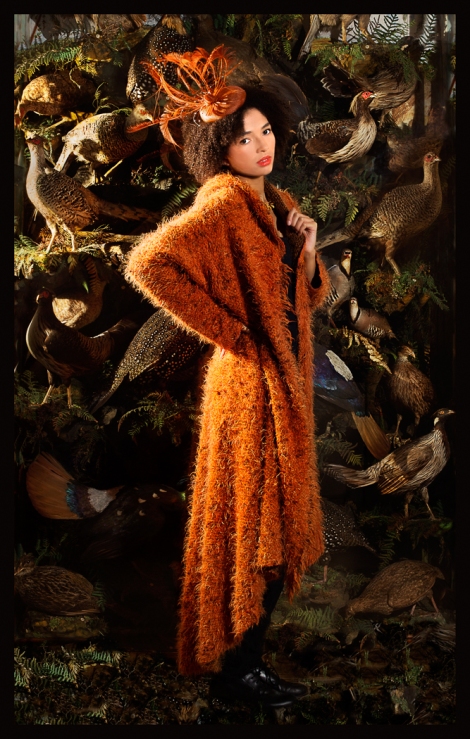 Aisling spent four months in the Public Engagement team in 2014, largely working with school groups and families. Not always the most glamorous job. In November 2014 we had the opportunity to see her in a completely new light. Oxford Fashion Week was coming to the Museum and they were running open casting sessions for models. Aisling remembers how she got involved:

When the initial meetings started taking place between the Fashion Week organisers and the Museum staff, my ears pricked up. Alongside studying or working I have modelled for years. My degree is in archaeology, so people have always found the combination with fashion modelling quite funny – perhaps imagining me standing knee-deep in a muddy trench in stilettos! It seemed too good to be true – could there really be a chance for me to bring my two contrasting types of work together? 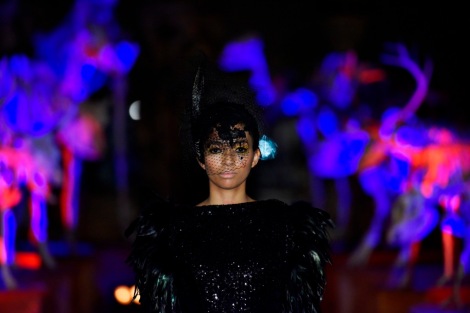 I was delighted when I was asked to model in all three shows that were to be held at the Museum. They took place on Friday 7 and Thursday 8 November.

Friday night was a busy one with two shows in one night. I felt right at home, with the familiar faces of old friends like the T.rex and Iguanodon (oh and some of the staff members too!).  However it did all feel a bit surreal. 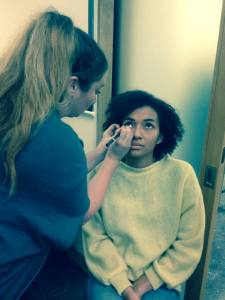 The Museum Annexe had been transformed into the backstage area, but the last time I had spent so much time there I’d been running an archaeological dig activity with year 6 children in the Making Museums project. Now the place couldn’t have looked more different with rails upon rails of clothes, photographers’ flashes and the distinct smell of hairspray in the air.

Saturday night was the big finale to the week – the Birds of Paradise show in the Museum central court. The skeleton parade was parted so we could walk down the middle and the Triceratops skull was moved to become the backdrop for the first part of our walk. The museum was transformed into another world for the evening. 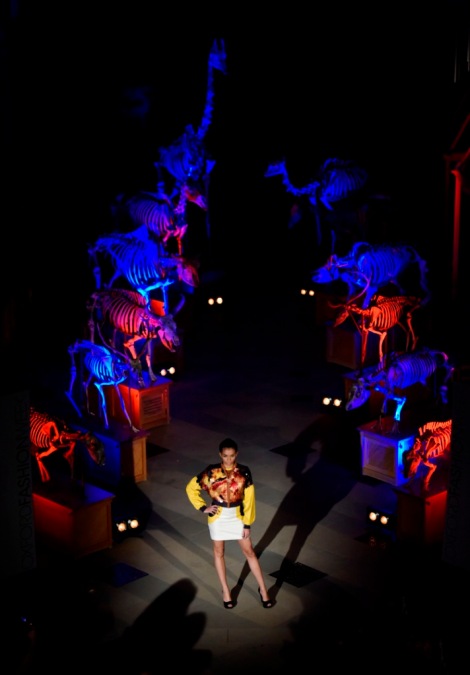 On the runway at the Birds of Paradise show. Credit: Mark Hemsworth

The addition of atmospheric music and such stunning outfits was truly breathtaking – enchanting at times, slightly eerie at others – but always fantastically dramatic. The nature-inspired outfits, some smothered in black feathers, others twinkling with jewel beetle shells, served as a reminder of how extraordinarily beautiful the natural world is. 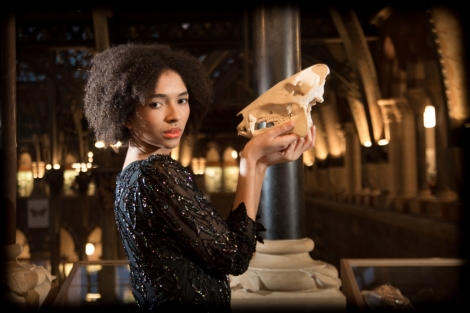 Photographer Julia Cleaver was here for the shows and was so inspired by the venue and so enjoyed working with Aisling that she returned recently to do an extra photo shoot. These photos are the stunning outcome of that session. Many thanks to Julia for letting us share them here.