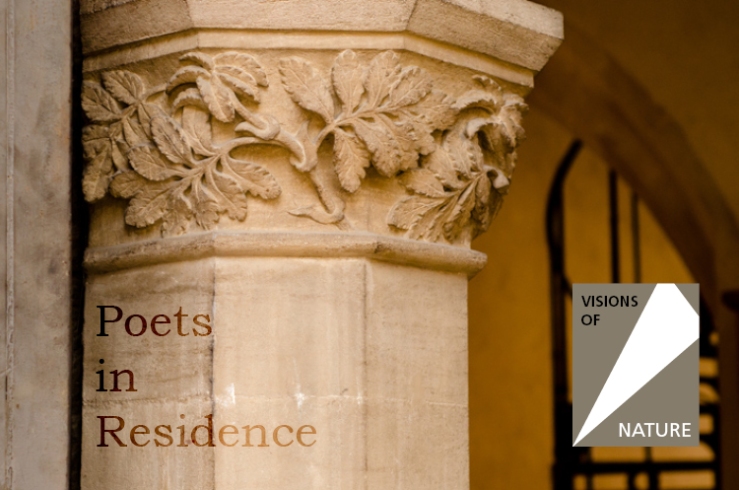 As mentioned in a blog post a little while ago, we’ve launched Visions of Nature, a special programme of exhibitions, talks and workshops by artists and writers whose varied work celebrates the natural environment. Things will come and go throughout 2016 but one thread will weave throughout the season – our Poets in Residence.

We welcome three poets, who will work alongside staff in our collections and out in the Museum itself to gain inspiration for their writing: John Barnie, Steven Matthews, and Kelley Swain.

But as the poets begin exploring the possibilities of their residency, we’ve asked them each to introduce themselves. The final ‘hello’ comes from Steven Matthews.

As a poet, I am particularly drawn by the interconnections we have with place, landscape, the shifting tides and weather, and their encapsulation in literature and art across history. My book Skying (Waterloo Press, 2012), for instance, comes back repeatedly to the work, and working practice, of the painter John Constable, who is a presiding spirit in the North Essex-Suffolk countryside near where I grew up.

‘Skying’ is Constable’s own word for the exhilaration of artistic creation – yet an acknowledgement also that creation of any kind is about ‘conquering difficulties’. I take it that those difficulties are to do with the medium, partly; the struggle with, in his case, the rendition of complex light and shadow, cloud-movements, perspectives across flat vistas of landscape, with oil paint as an awkward medium for capturing a moment in time.

For the poet, those difficulties are similarly with the medium – the struggle with words and form to capture the shifting moods inspired by landscape and family, the struggle to write directly and deeply about our relationships to the world when that world itself has become sensationally pixel-thin.

It is therefore a particular and a humbling thrill to be a poet-in-residence for what I see as the indoor-outdoor world of the ‘Visions of Nature’ project at the Oxford University Museum of Natural History. The building itself, with its iron-arched interior courtyard roof, gives the impression of an exposed nature caught beneath changeable skies.

My first experiences of the collections have been of their overwhelming abundance and of their daunting history, from insects captured by Charles Darwin on his Beagle voyage, to a new find of an immense sea-dinosaur, a plesiosaur, which we were privileged to see being cleaned. I have seen thousands of beautiful butterflies, hundreds of miraculously-coloured marble slabs, eerie animals in spirit jars.

What strikes me so far most strongly, though, are the shapes and forms all around the museum. And the juxtapositions of these shapes, which force their own rhythms. The Gothic arches against the angled diamonds of the glass in the courtyard roof; the straight lines of the lovely old display cases against the whirls and whorls of ammonites and stone carvings of plants on columns.

I’m looking forward to the difficult task of trying to capture something of those juxtapositions, and of those exciting shapes and stories, in the architecture of new poems.