The Museum is home to a vast collection of natural history specimens but is perhaps less well-known for its substantial art and object collection. This material became the focus of Charlie Baker and Imogen Stead, two of our summer interns, as they spent six weeks researching, organising and curating it for the Museum.

The range and amount of material was formidable: numerous prints, non-scientific objects, paintings, photographs and sculptures from across the Museum, all coming together into a single organised collection for the first time. Here, Charlie and Imo unearth just a small sample of some of the items they catalogued during their time at the Museum:

Nautilus Imperialis
This beautiful print shows a fossil of the Nautilus Imperialis. It is one of the largest prints the Museum holds: measuring 48cm x 43 cm, it’s too large for the scanner! It has a small pamphlet of text stuck to it, just visible in the picture, and we speculate that this may have been promotional material for James Sowerby’s Mineral Conchology of Great Britain, the first volume of which was published in 1812, the same year as this print. 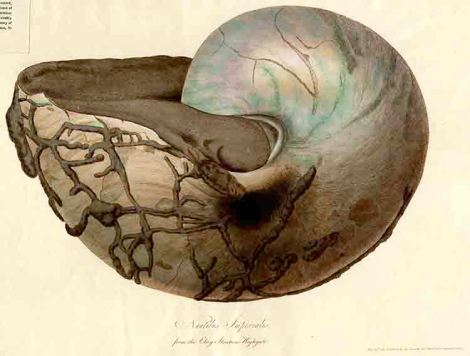 Plate 60 from The Animal Kingdom
This is a plate from Henry MacMurtrie’s translation of Georges Cuvier’s Le Règne Animal, showing a few species of the genus Delphinus, or Common Dolphins. The Museums has 32 plates from this book in the collection. The publication demonstrates the intellectual collaboration between countries and the international appeal of Cuvier’s famous work. In fact, the collections holds plates from the original French and two different English translations.

Slide cutter
This tool was found in a chest of drawers in the Hope Library at the Museum. It initially baffled us, but staff identified it as a slide cutting tool. The circular blade scores the glass, and the notches are used to carefully break off the piece of glass. When cataloguing and storing it, we discovered the blade is still sharp enough to cut through a sheet of paper! 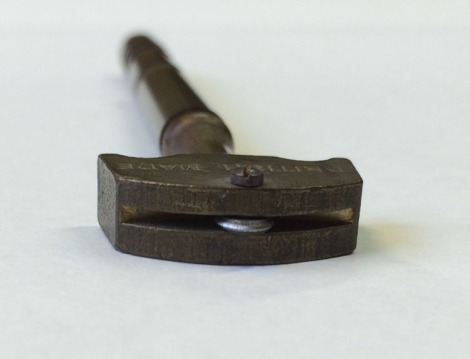 Photo of Charles Darwin
This framed photo of the great Victorian scientist is one of 22 pieces of art hanging in the Museum’s Hope Library. What makes this copy of the photo special, however, is the caption beneath it: “I like this photograph very much better than any other which has been taken of me.” 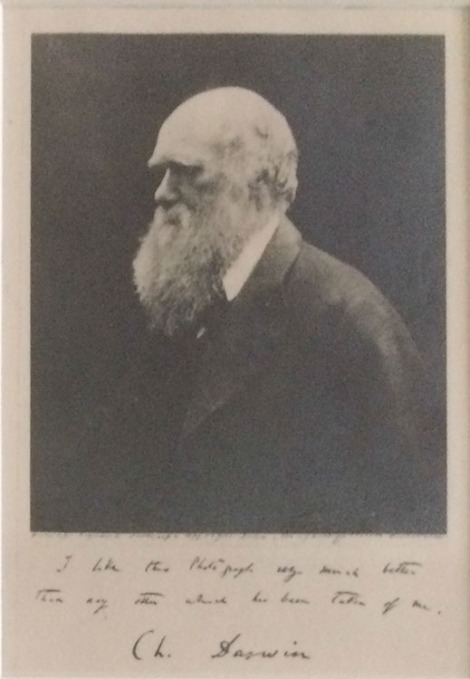 Photograph of Charles Darwin with his annotations

Monkeyana Cartoon
One of the most bizarre items we came across was this 1828 satirical cartoon about lawyers. The collection has eight ‘Monkeyana’ cartoons, all by Thomas Landseer.