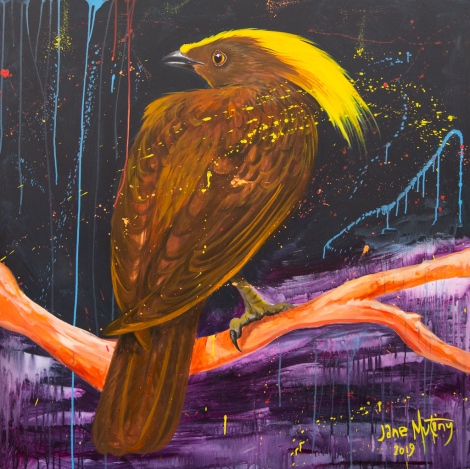 From cockroaches hissing alluringly to their mate, to smooth newts wafting intoxicating pheromones, and butterflies with eyes in their genitalia, the amorous pursuits of the natural world are enough to make St Valentine blush.

Valentine’s Day may conjure images of Cupid and his arrows, and indeed the romantic cherub of mythology has a brutal counterpart in nature. When the hermaphrodite Garden Snail (Helix aspersa) snuggles up to mate, both partners try to stab each other with love-darts in a mating duel. These darts are coated in chemicals that increase the chances of the dart-receiver’s eggs being fertilised. Love is a dangerous game: sometimes a dart misfires and hits a vital organ – a dart to the heart.

Traditionally given as wedding presents in Japan, the lacy white deep-ocean glass sponge Euplectella, known as Venus’ flower basket, offers an interesting take on “…’til death do us part”. When a young shrimp pair enters the sponge to mate, they become trapped inside as they grow too large to escape. The couple then spend the rest of their lives together, caged in the sponge, whilst their offspring are small enough to leave through the small gaps and seek sponge-mates of their own.

And if you forgot all about Valentine’s Day you will no doubt be panic-buying a bunch of overpriced roses on the way home, but be heartened that humans are not the only creatures that try to attract mates by presenting each other with gifts. The male Bowerbird builds a bower to attract females, decorating it with brightly coloured embellishments including flowers, leaves, stones, and even bits of plastic.

Objects from a Spotter Bowerbird bower, showing an interesting preference for white and green material

Meanwhile, male Empids (dance flies) offer a high-protein ‘nuptial gift’ – a gloopy sac called a spermatophore – for the female to eat during copulation. One theory is that females use the size of the gift as a way of choosing their mates…

Moving on from the natural world to natural historians, in 1835, Frederick William Hope married the wealthy heiress Ellen Meredith. He donated one of the founding collections to the Museum that they subsequently worked on together, the inspiration behind our current HOPE for the Future project. Meredith had recently rejected a marriage proposal from the future Prime Minister Benjamin Disraeli, stating that:

We at the Museum completely understand that weekends rootling around in dung for beetles with her entomologist husband seemed more appealing than stiff diplomatic receptions at Number 10.

Fast forward to the modern day, and romance is in the air at the Museum, as many couples celebrate their marriages here each year. Every wedding has a different flavour, depending on the interests of the bride and groom, but natural history puns are guaranteed during the speeches, and dancing amongst the dinosaurs is a must!

It may seem like a strange idea to tie the knot in a Museum, but perhaps 60-odd years of marriage seems comfortingly short in the context of 4.5 billion years of geological time?

If you are interested in talking with our events team about celebrating your wedding at the Museum of Natural History, contact Laura and Megan at venue@oum.ox.ac.uk / 01865 282780.

HOPE for the Future is supported by the National Lottery Heritage Fund. Find out more and get involved: https://www.oumnh.ox.ac.uk/hope-future

Top image: Gold-fronted Bowerbird, once thought to be extinct, but rediscovered in the Foja Mountains of Indonesia, painted by activist artist Jane Mutiny for the Conservation Optimism film festival at the Museum in 2019.