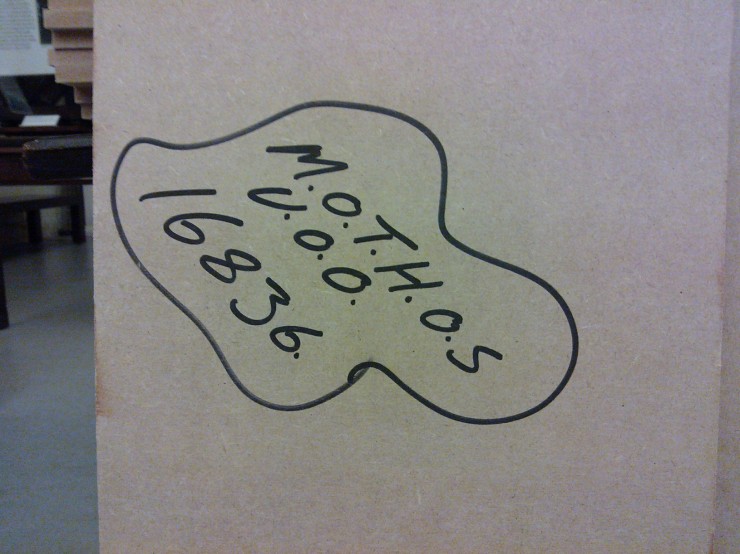 Just a quick post to say that things are pressing ahead with our Natural Histories exhibition, which is being hosted and co-curated by the Museum of the History of Science in Broad Street. 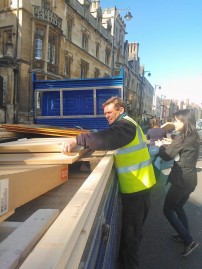 This morning, as I arrived at the MHS, Jewson had just delivered the pre-cut MDF boards that we will use to make various plinths and structures for many of the specimens in the exhibition.

But along with this delivery came a sweet little coincidence; perhaps even a good omen. On one of the Jewson boards the order number had been written in black marker pen and the number, which you can see above, was 16836, tantalisingly close to 1683, the year this building was founded by Elias Ashmole as the original Ashmolean Museum. The ‘6’ is even written just a little bit smaller than the ‘year’.

Given that Natural Histories is partly about a temporary return of Oxford University‘s natural history collections to their original home in the building in Broad Street, this is an unusually apposite order reference.

I don’t know when in 1683 the building opened, but I really hope it was June.