This is the first in a short series of articles to accompany the new Stone Age Primates temporary display at the Museum, created with the Primate Archaeology group at Oxford University. Here, Michael Haslam, ERC Senior Research Fellow in Primate Archaeology, outlines the importance of this emerging field of study.

Humans evolved over millions of years. You can see displays about this in natural history museums all over the world, usually with skulls of extinct ancestors such as Homo erectus. Alongside these bones there are often stone tools of various shapes and sizes, showing how our technology has also changed over time. Ultimately, human tool use has led all the way from sticks and stones to the computer, phone or tablet that you’re using to read these words.

However, for all those millions of years other members of our family were evolving too. What if we had an archaeological record for non-human animals as well? The Primate Archaeology project at Oxford University exists to answer this question. 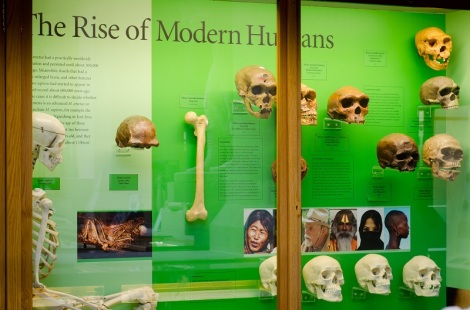 ‘The Rise of Modern Humans’ display in the Museum

Primates, the group that humans belong to, also includes apes and monkeys, as well as more remotely related animals such as lemurs. Yet when we see these animals in museums, they very rarely have a set of their own extinct ancestors on display, or any examples of the technologies that they have developed.

Why not? For one thing, it is difficult to find fossil ancestors of animals that live mostly in tropical forests because their bones aren’t preserved well in that environment. And most primates, like most animals, don’t use tools in the wild, so there is nothing left behind to tell us about their past behaviour.

But there is another reason. We view the human past as a series of ancestors evolving towards the way we are now; yet we tend to see monkeys and apes as unchanging over time. If asked to imagine a chimpanzee three million years ago, you would probably picture something that looks like a chimpanzee today. But modern chimpanzees didn’t exist back then, just as modern humans didn’t. 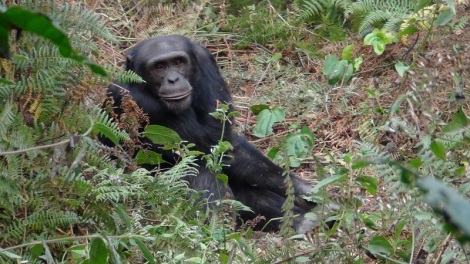 The main reason we think of humans as changing and evolving is because of the archaeological evidence that we’ve collected. As we discovered more and more bones and stones it became clear that dozens of human ancestor species have lived on Earth, including close relatives such as the Neanderthals in Europe and Asia. 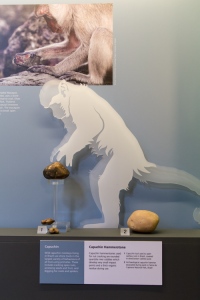 A hammerstone used by a capuchin, on display in the Museum

So what would we find if we looked for the archaeology of other primates? They don’t build cathedrals, or use pottery or metal, and they don’t leave behind written messages like the Egyptians, Maya or Romans did. That’s a problem. But the solution to the problem is actually the same one that archaeologists have always used for human ancestors: find the stone tools.

There are three types of wild primate that use stone tools: the chimpanzees of West Africa (Pan troglodytes verus); the Bearded Capuchin monkeys of Brazil (Sapajus libidinosus); and the Burmese Long-tailed Macaques of Southeast Asia (Macaca fasciaulria aurea). They mainly use stones as hand-held hammers, to break open hard foods such as nuts and shellfish. The capuchins also use stones to dig in the hard ground, which helps to protect their fingers when searching for roots or spiders to eat. 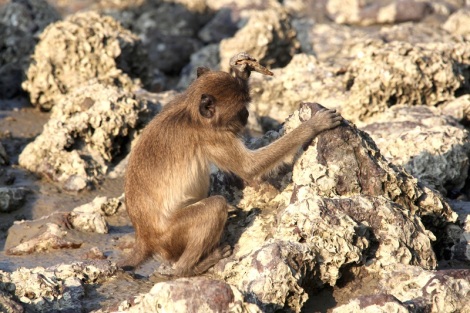 The Primate Archaeology Project was set up at Oxford University in 2012, supported by the European Research Council. Since that time, our team has spent many months watching these animals use stone tools in the wild. We record how they select certain sizes and types of stones (you wouldn’t use a soft sponge as a hammer, and neither would they!), and how they carry their tools around from job to job like a modern tradesman. We used these observations to work out what primate tools look like today, and then we went digging into the past.

We found macaque tools buried in beach sands in western Thailand, and ancient capuchin tools in the forests of northeast Brazil. In both cases, we recognized the tools because they were similar to ones still in use today. Importantly, we also found that the tools were damaged in very particular ways by the monkeys that had used them, because hitting hard things together usually means that one of them gets broken. 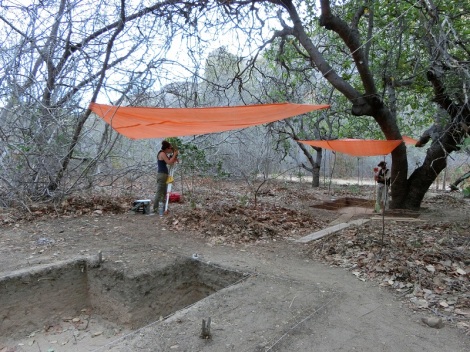 We used radiocarbon dating to work out that the archaeological capuchin tools were at least 600 years old. That means that there were monkeys sitting around in Brazil with stone hammers, cracking and eating nuts, before Christopher Columbus ever left Europe. Previous excavations in the Ivory Coast have found even older primate tools – chimpanzees there were using stone hammers more than 4,000 years ago!

Primate archaeology is still a new research field, with more questions than answers, but then so was human archaeology when it began. We really don’t know what technology apes and monkeys were using during the millions of years that they have evolved, but we are taking the first steps towards solving that mystery. 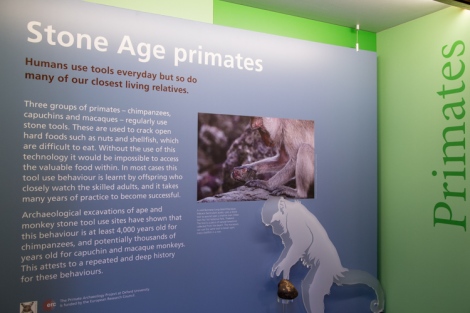 Working with the Museum, the Primate Archaeology project team has put together a new temporary display, ‘Stone Age Primates’, to sit alongside the current human evolution cases in the Museum. In the display you can learn more about the research and see tools used by primates past and present. You can also follow the group on Twitter @primatearch.

2 responses to “Climbing down the primate family tree”