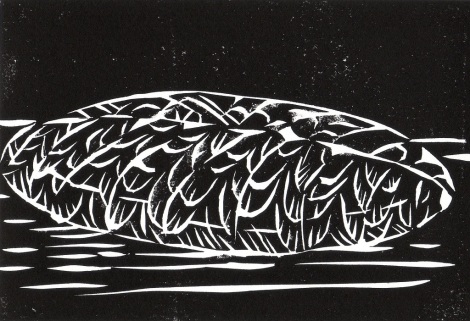 Earlier this year University of Plymouth illustration student Rachel Simpson teamed up with our research fellow Jack Matthews to ‘bring the oldest multi-cellular organisms back to life’. Rachel tells us about the process of working with some of the most ancient fossil material and reveals the results of her illustrations and modelling. 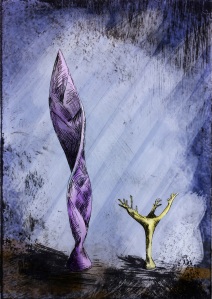 Illustration by Rachel Simpson, created in collaboration with the Museum

In August 2018 I was lucky enough to travel to Newfoundland, Canada with Dr Jack Matthews to learn about and illustrate some of the extraordinary fossils found there. A highlight of the trip was going down onto the fossil surface – known as the MUN surface – to look at examples of organisms such as Beothukis, Charnia and Primocandelabrum, all of which date from the Ediacaran period, over 550 million years ago.

The MUN surface is the location of the fossils that I had worked on for my university project. I had spent the previous months sketching, drawing and bringing these organisms back to life from silicon casts, so it was amazing to be able to see the real specimens in situ and to sketch from the fossil surface.

Sketching directly from the fossils also provided a new challenge as I was unable to control factors such as the lighting, which is crucial to seeing the fossils clearly. Nonetheless, I learnt a lot about drawing on location. 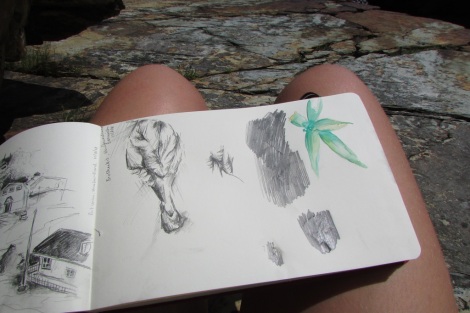 Sketching at the fossil surface

While visiting Port Union I was able to use some of the old printing presses held by the Sir William F. Coaker Heritage Foundation to create work inspired by the fossils I had seen in the surrounding area. I love using printmaking in my own illustrative practice so it was a great experience to get to use these old presses (image at top of article).

We also had the chance to give a radio interview and talk to the Port Union community about the work that Jack and I had done, showing how science and art can work together.

On my last day in Port Union I was invited by a local potter to make some ceramic representations of the fossils I had been drawing there. I created models of Fractofusus and Aspidella, and discovered that re-imagining something in three dimensions is a very different process to recreating it as a drawing. 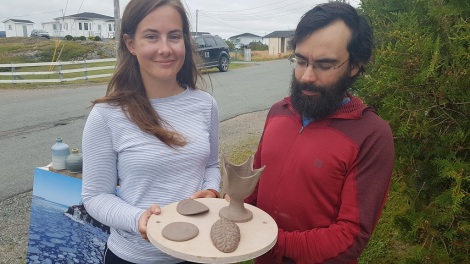 Rachel created ceramic representations of some of the Ediacaran organisms

For the final three days of the trip we relocated from Port Union to Trepassey to visit the Mistaken Point UNESCO World Heritage Site. Here, I saw the highly preserved Fractofusus specimens and made some more sketches. Using a small hand lens I was able to draw all the details that are invisible to the naked eye.

Drawing on location in Canada provided a better idea of the organisms in relation to other surrounding organisms, something that is more obscure when working from museum specimens. This definitely informed my practice and meant that artwork created after the trip was more representative of the science.

When I returned to England, I created some new prints inspired by my time in Newfoundland, the fossils that I saw, and the printing process I was able to use in Port Union.