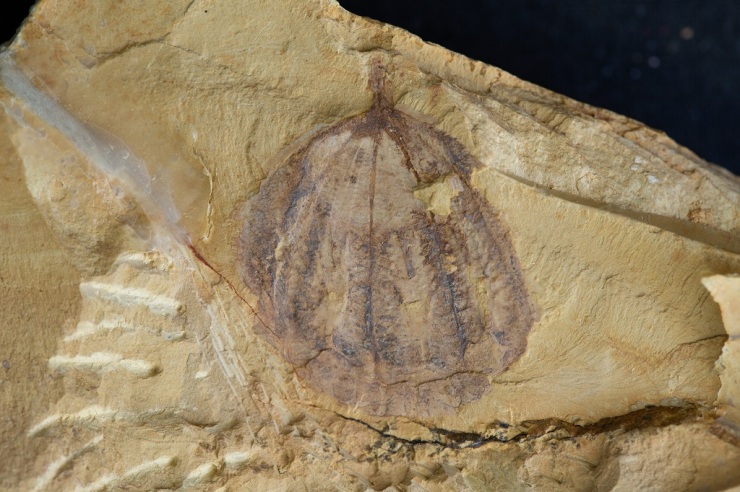 China is world-famous for its unique and exceptionally preserved fossils, which range from some of the oldest animals on Earth, to spectacular feathered dinosaurs. We are therefore very excited to announce that the Museum, along with other institutions from across Europe, is a partner in a major new venture with Yunnan University in China: the International Joint Laboratory for Palaeobiology and Palaeoenvironment.

Collaboration between this Museum and Yunnan University dates back to the 1990s, driven by the work of Professor Derek Siveter – a former Senior Research Fellow and current Honorary Research Associate at the Museum. He collaborated with Professor Hou Xianguang, director of the International Joint Laboratory for Palaeobiology and Palaeoenvironment, to study fossils from the internationally renowned Chengjiang biota, which was discovered by Hou Xianguang in 1984.

The Chengjiang fossil site is important and exciting because it preserves both the soft and hard parts of a range of early animals. This fossil record captures the rapid diversification of life about 520 million years old – in an event referred to as the Cambrian explosion. Derek Siveter was instrumental in a successful bid to have the Chengjiang biota designated a UNESCO World Heritage site in 2012, preserving it for future generations.

In December 2018, Museum researchers Duncan Murdock, Imran Rahman and Jack Matthews travelled with Derek to Kunming, China, for the first meeting of the International Joint Laboratory for Palaeobiology and Palaeoenvironment. The lucky researchers spent three days on field trips to the region’s most spectacular fossil sites, including Lufeng World Dinosaur Valley and the Chengjiang biota itself, followed by two full days of scientific talks and discussions.

A significant first outcome of this new partnership will be the loan of iconic Chengjiang fossil specimens from Kunming to Oxford for our First Animals exhibition which opens on 12 July and runs until February 2020. Most of these fossils have never been outside of China before, and some have never been seen by the public before. We invite you to visit First Animals to see these exceptional fossils first hand!

Top image: The comb jelly Galeactena hemispherica. Unlike modern comb jellies, which are soft-bodied animals, Galeactena and its relatives had hardened ‘spokes’ on the sides of the body (appearing as dark bands in this photograph). Credit: Scott Billings.